Optimism, Brice Pitt once remarked, “is a piece of evolutionary equipment that carried us through millennia of setbacks.” Colleagues found it one of his defining characteristics. “Brice loved everybody and everything,” said David Jolley, former chair of the section of Old Age Psychiatry at the Royal College of Psychiatrists. “He loved the world, and was emotionally and spiritually rich.” “He could breeze into any meeting and infuse it with life and cheerfulness,” he added.

A man of wide interests, Brice Pitt, who has died aged 89, wrote widely and with ease for a variety of audiences. “His letters to GPs were works of literary art,” said Tim Stevens, consultant in Old Age Psychiatry at St Margaret’s Hospital, Epping, Essex, who inherited some of Pitt’s patients. 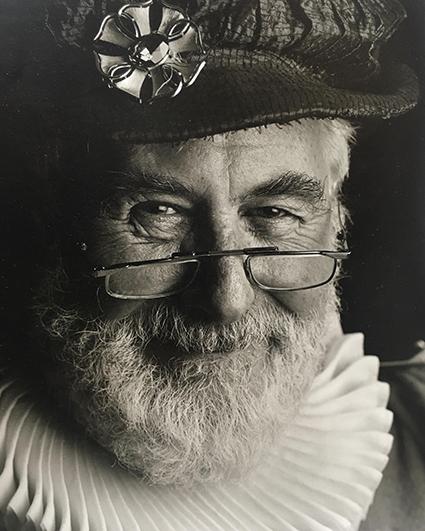 Psychogeriatrics, a textbook first published in 1974, was reprinted five times. As a registrar at St Clement’s Hospital in London, he had researched postnatal depression—“far and away the best thing I have done”—and in 1978 wrote Enjoying Motherhood for a general audience. Brice served on the Committee of the Association for Post Natal Illness for 20 years, and following that was its President as well as President of the international Marcé Society. Other books for the general reader included Midlife Crisis and Making the Most of Middle Age.

In 1992, as part of the Royal College of Psychiatrists’ Defeat Depression campaign, he wrote Down with Gloom
with cartoonist Mel Calman. “A gem of a book,” according to the British Journal of General Practice—author and illustrator both described experiencing depression in the introduction. As director of public education at the Royal College of Psychiatrists, Pitt also initiated the publication of leaflets for the general public. He was honorary editor of Old Age Psychiatrist and chaired the section of Old Age Psychiatry. In 2013 he was awarded the college’s Old Age Faculty Lifetime Achievement Award. He made his acceptance speech in verse, describing himself as a Falstaffian figure who was delighted with his career.

Born in Wallington, Surrey, in December 1931, Brice was the eldest of five children (two of whom became doctors and three nurses) of surgeon Norman Pitt and his wife, Emily Crawford, a nurse. After Radnor House prep school, Redhill, he became a boarder at Epsom College, where he appeared in several plays and was set on becoming an actor, before his father directed him to medicine.

After qualifying as a doctor Brice did National Service in Southampton, Singapore, and Hong Kong, undertaking psychiatric training and leaving with the rank of Acting Major. After registrar posts he was appointed Consultant Psychogeriatrician, one of the first such posts, at Claybury Psychiatric Hospital, in Essex, in 1966. He started with 400 beds in 10 wards, and a catchment area of 650,000 across four boroughs. “I had no idea this was an impossible task—because there were no templates” he would later recall.

In 1986, he moved to St Mary’s Hospital, Paddington, as the UK’s fourth professor of Old Age Psychiatry. His pioneering work at the unit at St Charles Hospital inspired many of the young psychiatrists who worked with him. While there, he established the Hammersmith Hospital Memory Clinic, one of the first in the country. This led to him being dubbed ‘Memory Man’ in a local newspaper, for his pioneering work.

Brice maintained a lifelong interest in performance and the theatre. He acted with the Tower Theatre Company of non-professionals for 20 years, in parts including Frank in Educating Rita, Badger in Wind in the Willows, and Alonso in The Tempest.

He leaves his third wife, Judy; their daughter, Rosalind Gerrie, a counsellor; and two sons and a daughter from his first marriage.

Please sign up to our newsletter. Your contact details stay (only) with us and we will provide you with useful information about Post Natal Illness as well some of the amazing fun things our fundraisers do.